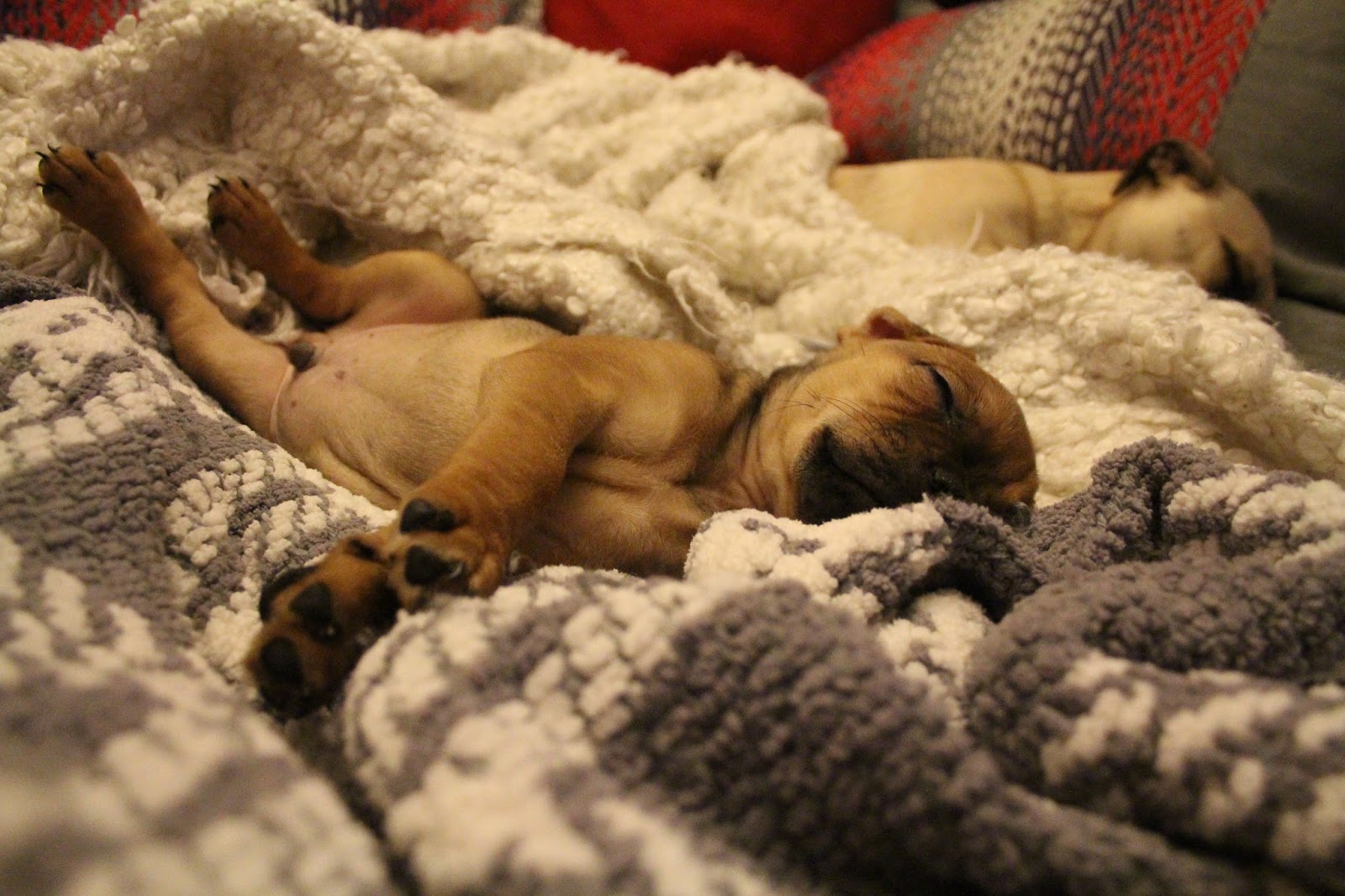 I want to introduce the newest, adorable, member of our family – Flash’s little brother, Melle. He’s an 11 week old, 3.2kg Jack Russell x Pug, just like Flash, and he’s melting hearts left right and centre. He’s a mess of flailing limbs, needle sharp teeth and incredible amounts of poop but we love him! 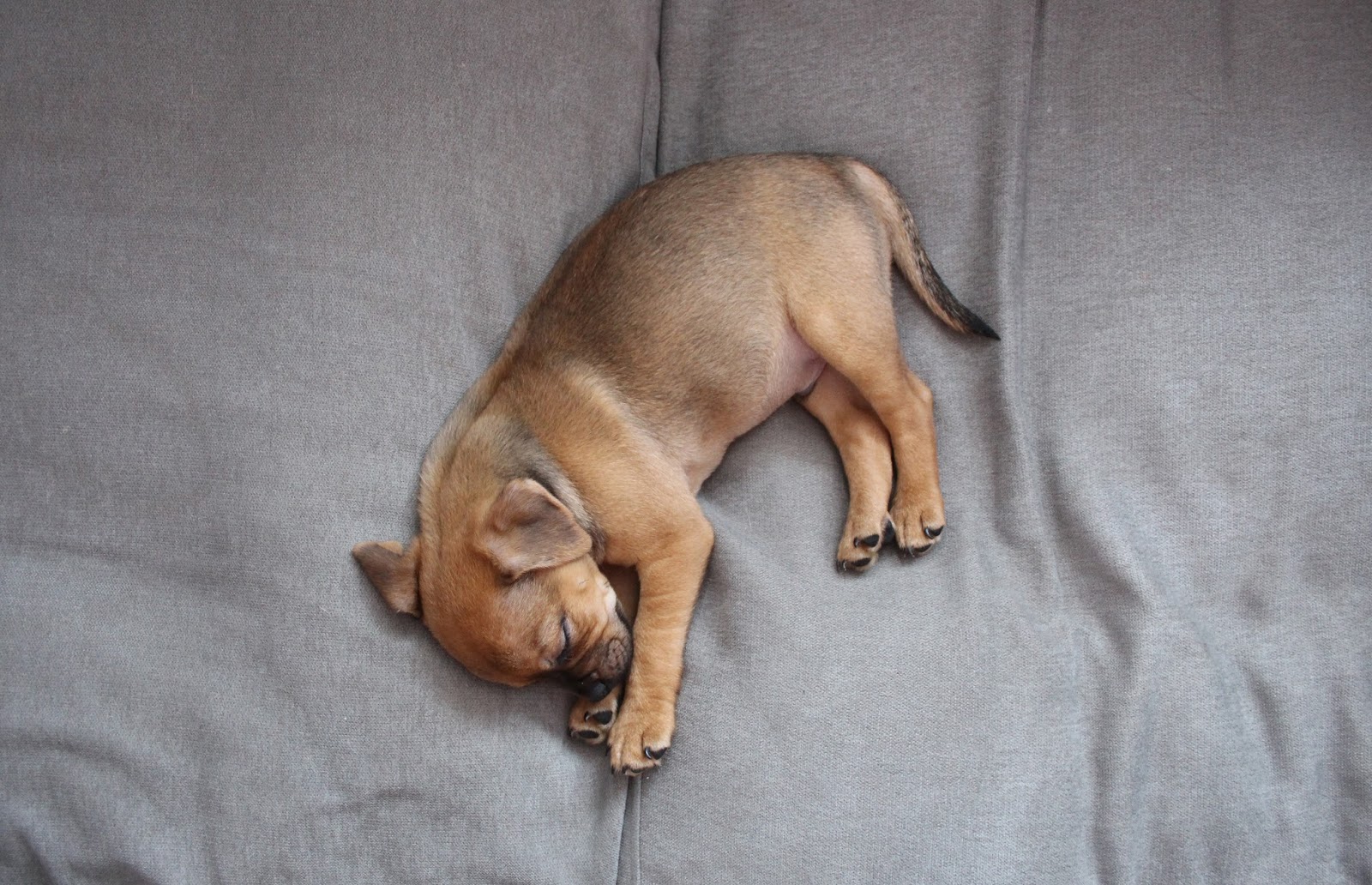 We’ve been chatting about getting Flash a brother for a long time. In fact before we got Flash we’d thought about getting two puppies, so it’s something that’s been on the cards for a while but the timing never seemed right. But with timing being better and a certain pug lover egging me on every time I saw her, I started looking for a brother for Flash.
So when I found a litter of pups 45 minutes away I couldn’t help but going to look, and whist I wasn’t actually planning on bringing one of them home, once I got there and saw the dogs and the house there was no way that I wasn’t expanding the family. It’s not that the breeders didn’t love the dogs it’s just that it wasn’t very nice place for puppies to be. So after a call to Jim in India and a trip back the next day with Toni as my puppy carrier, our family expanded by one small, slightly crazy. 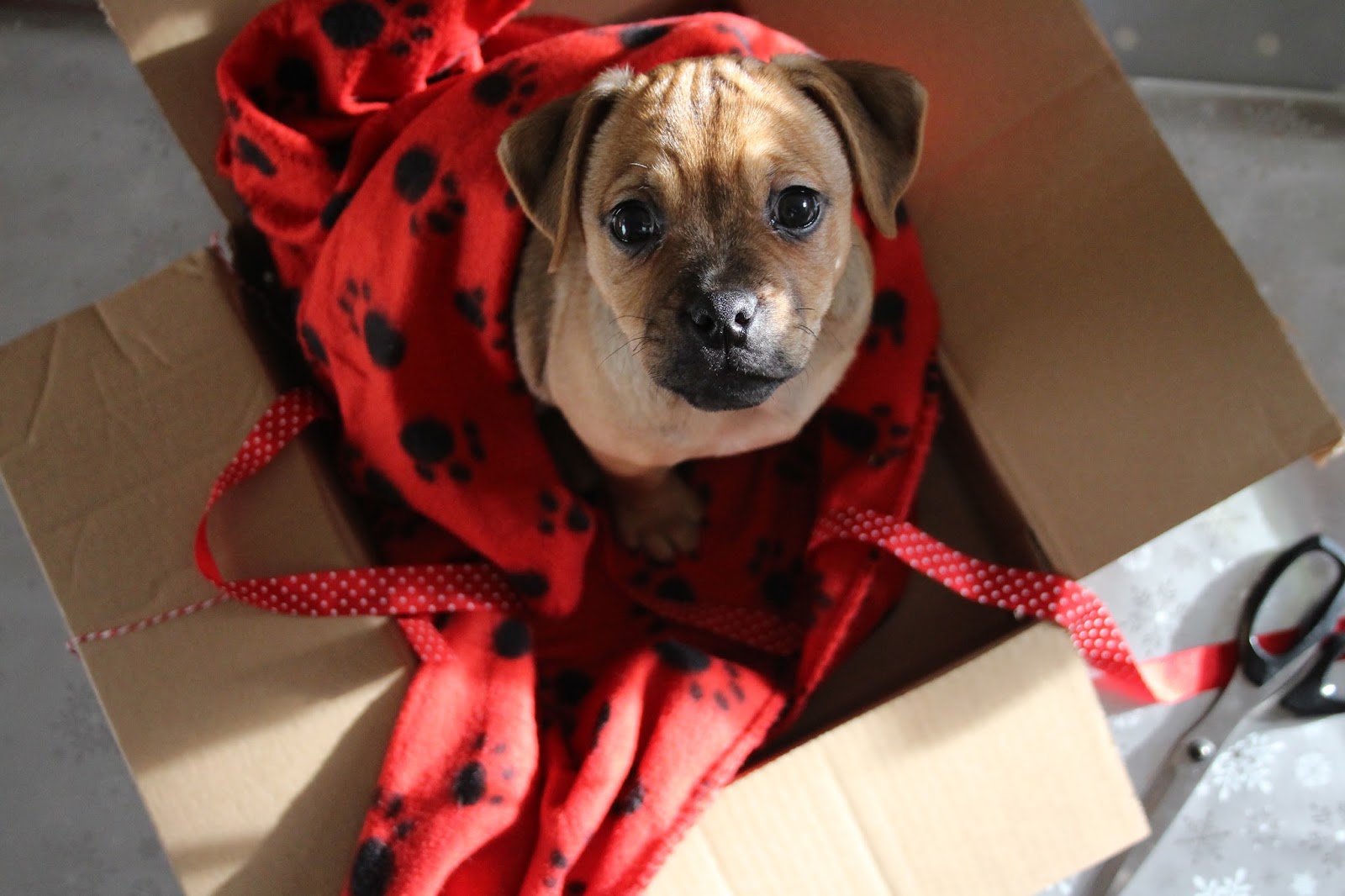 I’ll be completely honest, because I can’t in any way sugar coat this – the integration with Flash was hard work. More so as Jim was in India or the first 12 days of Melle. In no uncertain terms, Flash is a spoilt brat and he can sometimes be a little snappy to some dogs – so there has been, and still is, lots of supervision when they are together, especially when they are playing. It took about 2 weeks before I allowed myself to think it wasn’t a bad decision and that Flash wasn’t just going to eat Melle.
But I do honestly believe that Flash loves his little brother now, (even if the little monster bites his tail) and he even instigates a lot of their playing. I think it helps that Melle gives as good as he gets when they are playing! They’ve cuddled, they’ve had fight fights, they are slowly learning to not eat each others food, but most importantly they are learning to like each other. It’s still going to take time before we’ll leave them unsupervised together but for now I am so proud of Flash and how he’s taken to this huge change in his life! 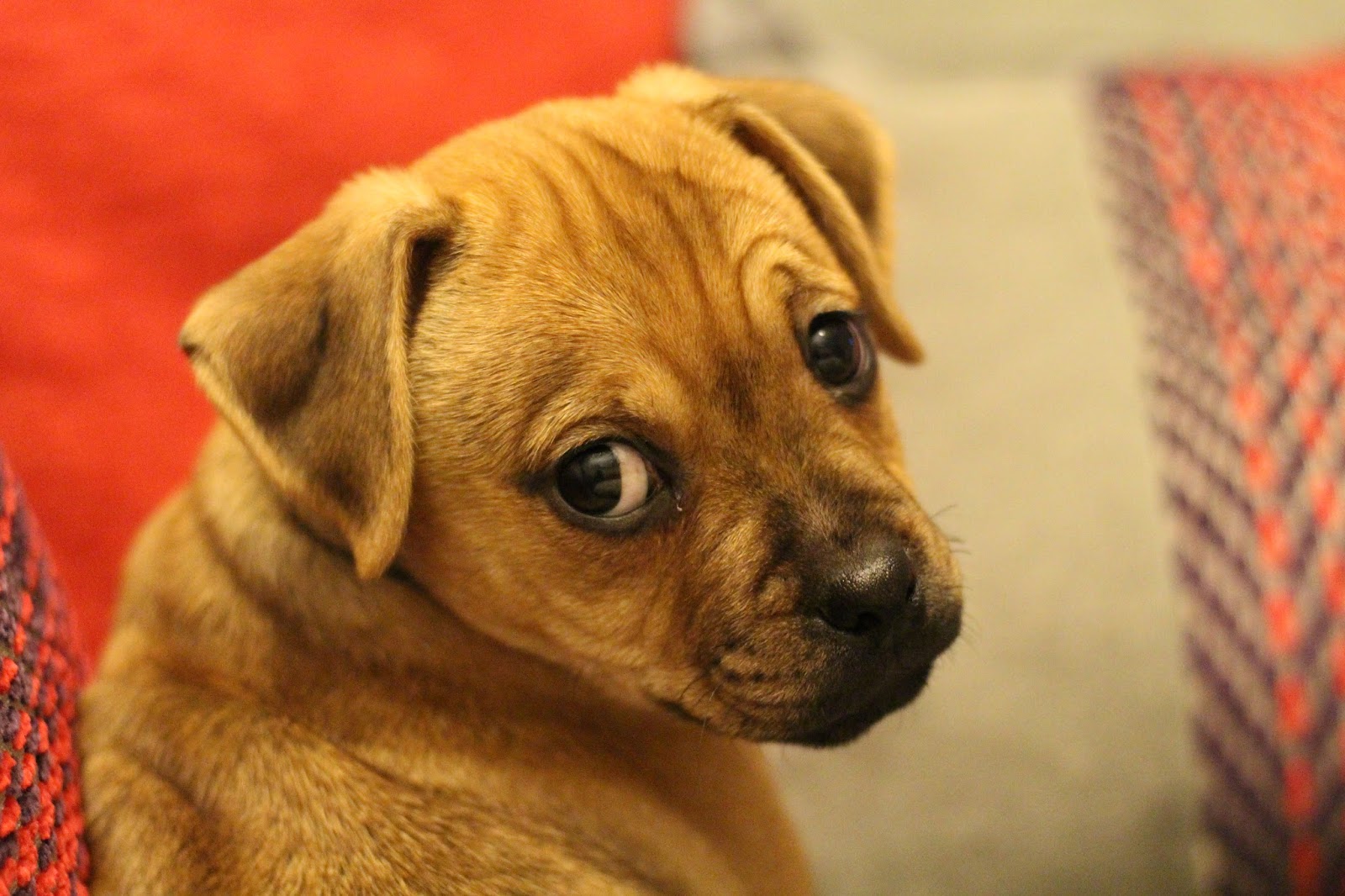 One of the things I have been asked and I am sure I will continue to be asked is why a puppy and not a rescue? Well, the answer is in a few parts. One – As I’ve mentioned Flash can be a bit strange with older dogs. He can be a bit jealous. We felt that introducing a puppy would be easier for him to adjust to. Two – We tried to adopt. Twice. We randomly found two Jugs in Yorkshire rescues. One of them didn’t even reply to my application and the other said we weren’t suitable as we had a male dog and they wouldn’t place two boys together. But that’s too long an answer to tell to the haters in the park….. 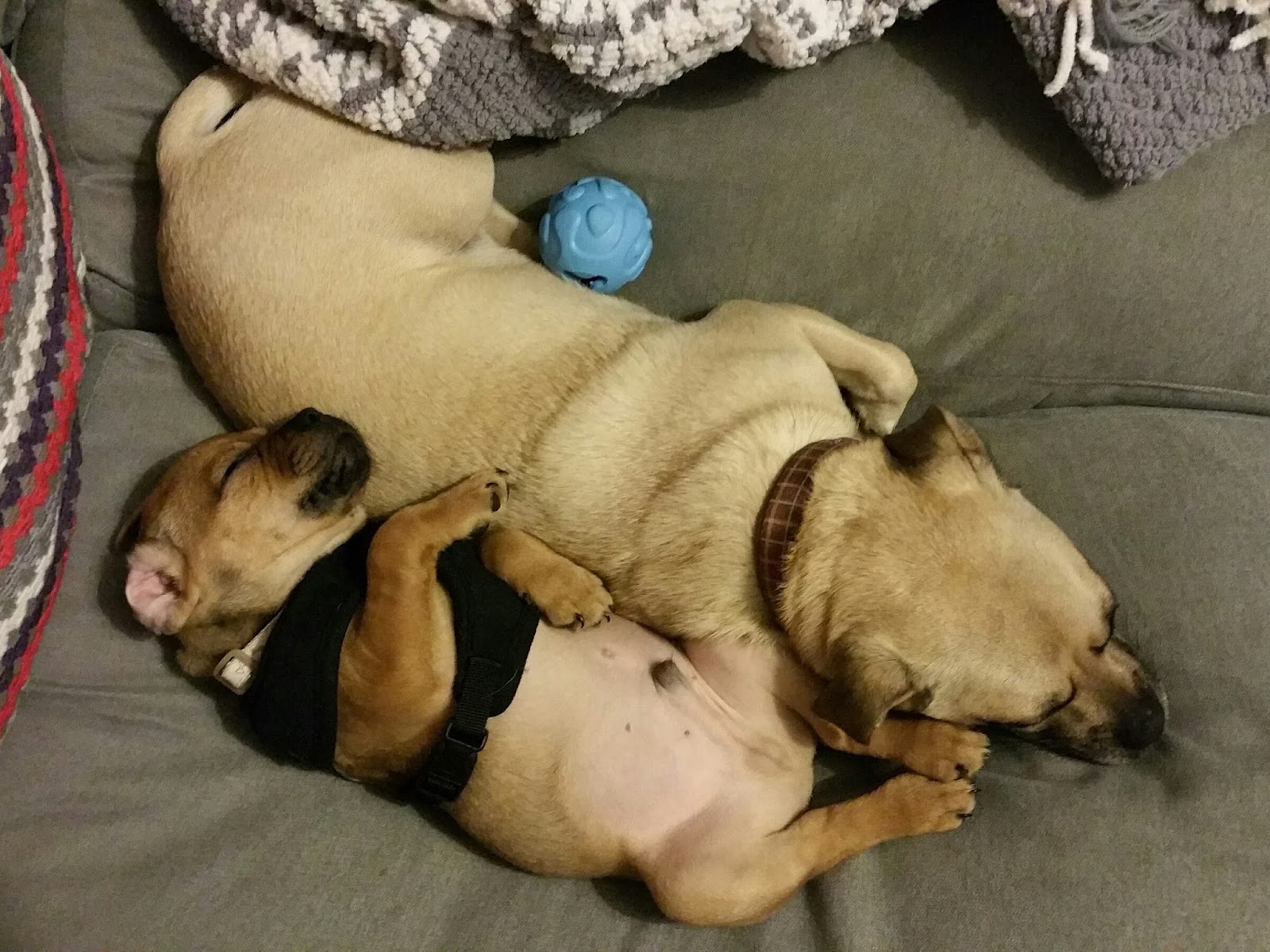 So, there we go. Melle Mel, our new family member. As I type I have two pups asleep on one of my legs. Flash is mostly sitting on his brother in an act of this is my leg not yours, but they are cuddled up and I couldn’t be happier.

You can head over to Instagram for more puppy pictures and follow him growing up. But isn’t he just adorable?

A wardrobe update with Junction 32 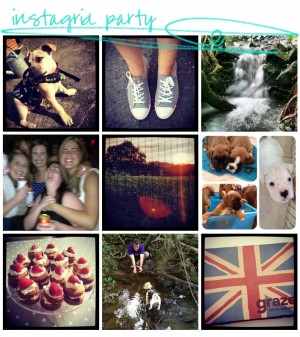 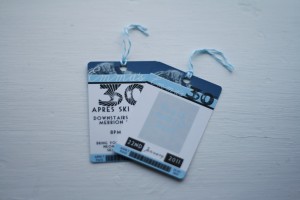