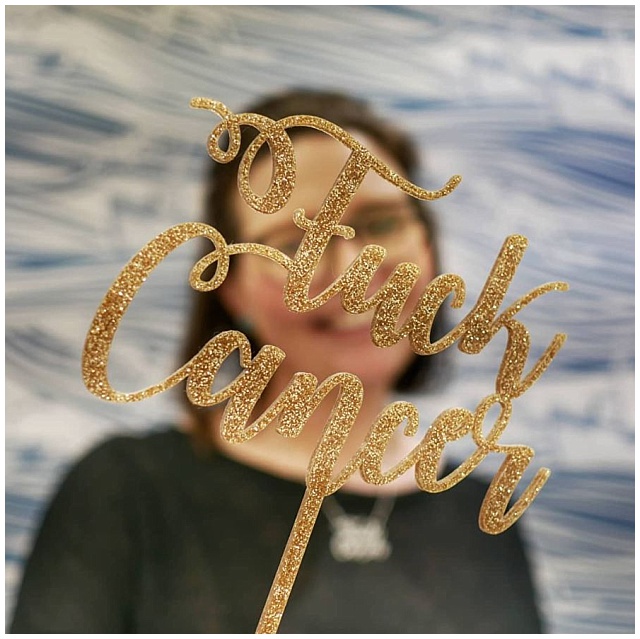 Hi, my name is Emma, I am 38 years old, and I am living with incurable breast cancer.

In June of 2016 my dog found a painful lump in my boob – I assumed it would be nothing. I was young. I was, sort of, in a roundabout way, fit and healthy. And every bit of literature tells you dangerous lumps don’t hurt. Even the GP I saw said as much when he fobbed me off.

But it was something. It was cancer. At 35 I was finding out I had breast cancer. Queue the dramatic music!

In the year that followed I had a lumpectomy, two rounds of IVF, 5 months of chemo and 23 sessions of radiotherapy. I started taking an oestrogen blocking tablet, Tamoxifen, which I was supposed to be on for 5 years to try and prevent a recurrence.

Unfortunately, I was only on it for 8 months, before I broke my sternum snowboarding. After a series of PET scans, CT Scans, bone biopsies, in March of 2018 we found out that the cancer had metastasized. It had returned in my bones and in the lymph nodes around my body and is now incurable. I have Metastatic Breast Cancer (MBC)

Since finding out I have MBC, I’ve had another 6 months of chemotherapy to keep the tumour at bay and now I will be having treatment for the rest of my life. I am having IV treatment of Herceptin and Perjeta every 3 weeks, I take tablets every day, and have a series of injections every month too, all to try and keep me alive for as long as possible. Currently, my cancer is growing slowly, so I am being monitored with scans every 3 months.

The average life span of someone with metastatic breast cancer is between 3-5 years. I intend to defy those numbers. But it doesn’t stop them being scary as hell.

My life now is drastically different from what it used to be. I’ve got an oncologist on speed dial. I know the in-jokes in the rad clinics. I’ve become au fait with injecting myself and knowing how high my temperature can get before I need to be worried. I’ve run out of things to binge on Netflix. But what I am trying to do is show that there is still a life to be had if you’re living with incurable cancer!

I’ve written about having cancer the whole way through my treatment. My posts relating to my cancer diagnosis, treatment and life with cancer, are here.

If you’re here because you too have ‘Young Breast Cancer’ I have put together some resources that I have found to be super helpful and a few bits of info I have picked up along the way.

Support for people with MBC
More info about MBC
×