Skip to content
The other week the boy got a call from a lovely young man at Channel 4 about appearing on the F-word. And then we heard nothing back from him. For 2 weeks. So it was with some excitement (and a sense of do I answer that, I don’t recognise that number, is it the bank) that I picked up my phone last week and spoke to the very same lovely young man from channel 4. Then so did our friends, turns out he was a Wednesday fan, so I think the obsessive fan we planned to take helped a bit!

Turns out we had impressed the bods at channel 4 sufficiently and they were inviting us to go and eat at 2 restaurants with them. How cool. How exciting. How much fun.

When the email arrived however telling us of the plans, the day before filming, asking us to be in London at 7.30am, it didn’t seem so much fun anymore……..

So, after a 3am start from Leeds where I picked up Sam, and then a stop off in Sheffield for the boy and his friend Steve, and a car picnic consisting of croissants, pain ou chocolates, cheeses and frubes (I know but look at the time we set off) we finally made it to Camden for 7.15am. M1 roadworks tried to hold us up, but we prevailed!

Our day then consisted of getting on a coach;

(excuse the very shakey pic from the boyf’s phone)

and being driven back up a little bit north to Birminham to visit an Indian restaurant there. At a little rest stop at the Mal in Birmingham city centre, t’old Gordon joined us on the coach. Yes that’s right folks, Gordon Ramsey rode a coach with us, he chatted with the coach, they filmed him telling us about the place, us looking interested, us talking about food. Stuff like that. Gordon Ramsey – he’s not as tall as you might think, and greyer and he has clearly had work done…….

I am not going to critique the restaurants too much; you’ll have to wait until the show is on the tv to find out about them as I am pretty sure there was some sort of massive confidentiality agreement we had to sign……and I don’t want to be attacked by Gordon next time I go out to eat! But I will tell you it was mental. We filed off the bus with cameras filming us, there were cameras at every turn in the restaurant, they filmed us eating, they filmed Sam talking about her lamb; they filmed everything, good & bad.

Not being the biggest curry fan, this maybe wasn’t the best restaurant for me, but the potato cakes I ate for starter were delicious, as for the main course, mmmmm, I might leave it there……..

2 hrs and 2 courses later we were back on the f-word bus and heading back to London (during rush hr) to visits an Argentinean steak house. More filming on the bus. A helicopter filming the bus crossing spaghetti junction. A little sleeping (we had been awake since 3am remember) and a service station stop in which the boy followed Gordon and JP into the loos. Claim to fame right there!

So, back into London at 7.30-8pm. A few more ‘money shots’ of the bus crossing London bridges, a few anecdotes from Gordon to stop the masses getting restless, a few anti-Jamie Oliver jokes and we were on to dinner at the Argentinean place.

Again, more cameras, more shots of us eating, more jokes about trying to get the silliest phrase on camera (‘otters pocket’ anyone?) and this time huge slabs of meat, including a tasty tuna steak with soy sauce for me, the hugest steaks I have seen and some, to quote the boy ‘plump, juicy sausage’.

At 10.30pm, we filed back onto the coach to be taken back to the studio in Camden. Some more shots of us on the bus, and a lot of sleepy people. Arriving back at the studio at 11.30, and with a 3½ hr drive back to the north ahead of us, it might well have been the longest day of my life. But boy was it fun. 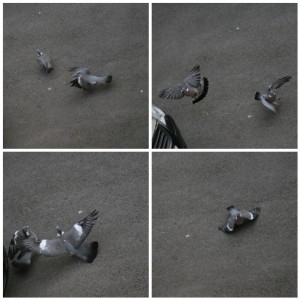 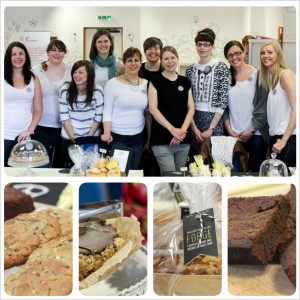